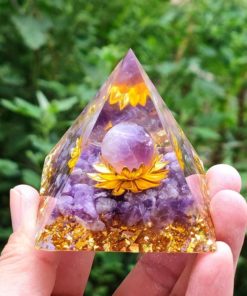 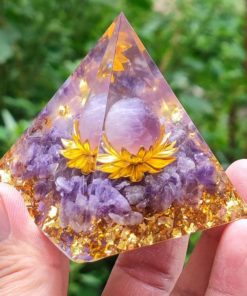 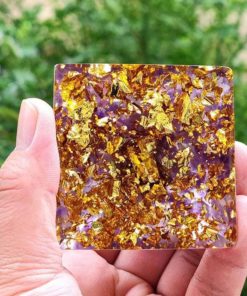 The powerful healing effects of the crystals are magnified in an Orgone Pyramid.
The Term “orgonite” refers to a mix of quartz crystals, semi-precious gemstones, metals and resin in a combination for balance out the life energy that we also know as prana, chi or orgone.

Lepidolite
A “stone of transition”, Lepidolite assists in the release and reorganisation of old behavioural and psychological patterns, gently inducing change. It is believed to bring deep emotional healing, soothing and reducing stress and depression.